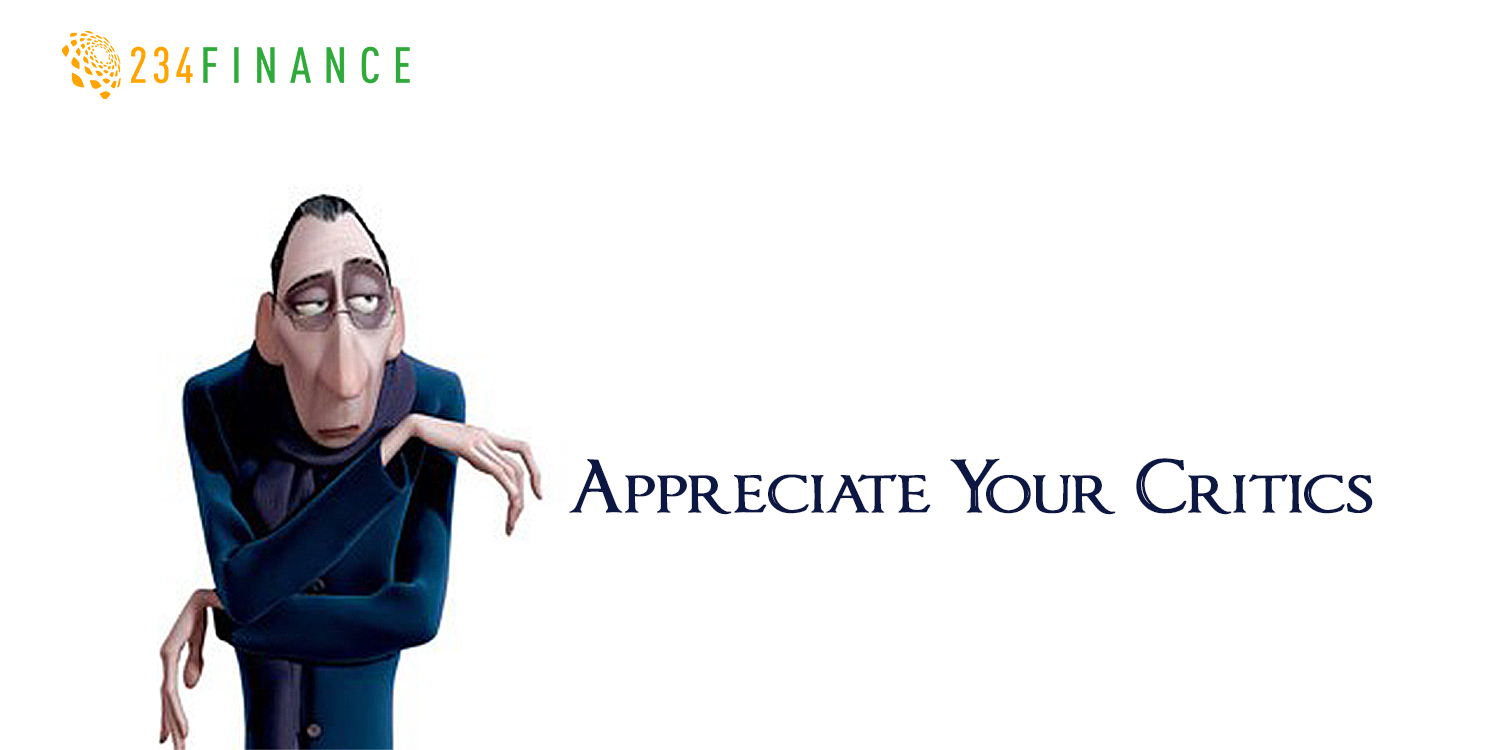 Great leaders at some point, were at the lowest level of their careers, which propelled them to become today’s global sensations. People’s criticism may affect our lives, however, our subsequent actions will determine our success. Kanye West, an American recording artist, once wrote in his famous “Thank You and You’re Welcome” book that “life is 5% what happens and 95% how you react”.

Apple founder; Steve Jobs was fired, Microsoft Chairman; Bill Gates was sued, and Facebook CEO; Mark Zuckerberg dropped out of college, but they all rose to become household names. Failure is the first recipe to becoming a leader, success often comes afterwards.

First of all, understand that if you are doing anything great, you will attract critics. They will attack you personally and professionally, but sieving through criticism is an indication that you are progressing, even though it hurts. When something hurts, we learn from it and we grow.

Criticism increases our desire to succeed. Each attack thickens our skin to the point where nothing shakes us anymore. Our critics are actually doing us a favor by increasing our resilience in dealing with attack.

True entrepreneurs must search themselves and re-evaluate their business plans after being criticized. Steve Jobs returned to Apple with a game plan after learning from past mistakes, and turned the company into one of the most valuable in the world. Bill Gates is now arguably the greatest philanthropist the world has ever known; and Mark Zuckerberg? Well you know the rest.