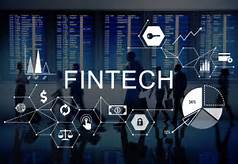 According to a recent report by Disrupt Africa, fintech is a major disrupter in the startup scene in Africa and currently the most attractive to tech investors who are interested in investing in Africa. By their count, more than 300 fintech startups are operating in Africa, with half of that number launching in the past two years. Within that same period, more than 20% of fintech startups tracked by Disrupt Africa raised over 100 million USD in funding, an 80% increase from two years ago.

At the arrowhead of this frenzy of activities in the sector has been Nigeria. Advances in technology, changes in consumer behaviour and relaxing of restrictions in the financial sector have allowed a surge of startup launches in, further blurring the lines between where technology startup ends and financial services begin. This article looks at five startups in the Nigerian fintech sector who have played pivotal roles in disrupting the status quo in sub-sectors spanning from online payments all the way to block-chain enabled small-business financing:

AellaCredit was founded with one goal – to revolutionize the lending space with technology, so they can extend to individuals the same creditworthiness business currently enjoys. With an alarming rate of 90% of Nigerians who have never accessed a loan, AellaCredit has a huge market to fill. That is clearly seen in their early performance, giving out 27 million loans in their first month of operations, and 63 million loans in their second month! So far, they have had nothing but resounding success as their startup broke even in 2016, just a year after they were launched.

They raised about $1 million for a seed round and totalled at $7.2 million in equity and debt financing before the end of their first year of operations. With a default rate of 3 percent, AellaCredit is one of the brightest startups operating in the country.

Flutterwave is the payment company for payment companies. Founded in 2016 by a team of ex-bankers, entrepreneurs and engineers, Flutterwave provides the underlying technology platform that allows banks and businesses to make and accept local currency payments anywhere in Africa. For a startup founded only in 2016, they have made quite an impact. But then, this is not surprising when you consider that Flutterwave was co-founded by Iyin ‘E’ Aboyeji, who has behind him an impressive, star-studded track record as a co-founder of tech training company, Andela, now arguably the world’s fastest growing talent accelerator.

When Iyin left Andela to start Flutterwave, some may have considered that a risky move. Who leaves a co-founder position in an A-list startup at the flagship position of the African continent? But that is how this audacious 26-year-old rolls! Within one year of startup, Flutterwave announced it had secured over USD10 million from Greycroft Partners and Green Visor in a Series A round. So far, they have processed $1.2B worth of transactions. Recently, Flutterwave was among the ten big winners at the AppsAfrica Innovation Awards that held recently in Cape Town, South Africa, easily the top startup in the fintech category.

Lidya was launched by some of the most accomplished startup founders in Nigeria, Tunde Kehinde and Ercin Eksin. Having run hugely successful companies like Jumia and Africa Courier Express, one sits up when one hears the duo are up to something again. They launched Lidya to streamline the loans assessment process and make it easy for SMEs across Africa to access credit needed to run their businesses.

Already, the startup has more than 20,000 companies signed up for its service and analyzes loan application using more than 100 data sets to reduce risk factors. With a funding of $1.25 million within months of launch led by Accion Venture Lab, an investor with arguably the highest clout in the small business lending space, Lidya has hit the ground running. As the Co-founder of Lidya, Ercin Eksin puts it, the funding is “a strong validation of the potential of fintech in Africa and will position the company to be the go-to source of financing for entrepreneurs looking to grow their business.”

We can’t wait to see where this startup goes.

Paga started out as a peer to peer mobile money sending service in 2009 but got licensed in 2011. Until Paga blossomed into the blue-chip startup position it now commands, it seemed that despite Nigeria’s huge population of over 180 million and low credit card penetration, mobile money will never be our thing. But the persistence of its founder, Tayo Oviosu, all through regulatory hurdles unique to the Nigerian mobile money space, have since paid off as the company has unlocked the code for mobile money acceptance in Nigeria.

Paga customers can send cash, purchase airtime credit, pay bills and retailers, and even accept online payments. With about 12, 000 mobile money agents, Paga has the “most active network of financial access points” in the country, two times that of the combined branch count of all the banks operating in Nigeria. In 2015, Paga announced it had raised up to $13 million in series B funding led by Adlevo Capital, with participation from Omidyar Network, Goodwell West Africa, Acumen Fund, and Capricorn Investment Group. The quality of investors backing fintech brand clearly shows that they have the capacity and wherewithal to tackle the mobile money challenge in Nigeria.

Paystack is arguably one of the best things to happen to the tech ecosystem in Nigeria. They came in at a time when the payment infrastructure was full of middlemen, heavily fragmented and over-regulated. Their work included heavy liftings that have arguably moved the overall industry forward. Founded by Shola Akinlande and Ezra Olubi, both graduates of Babcock University, Paystack was able to get up to 300 persons connected to the tech industry to join a waiting list even before their product was developed. This waiting list included heavyweights like iROKOtv,  Jobberman, Payporte, and  Hotels.ng.  After validating their idea, there has been no going back.

The startup has since raised $120,000.00 from YCombinator’s Demo Day, after it made history as the first Nigerian startup to be accepted on YCombinator. Within a year of their Beta launch, Paystack had processed more than a billion Naira in over 200, 000 transactions. This phenomenal growth is not surprising, considering that their detailed documentation empowered even non-developers to set up payment pages and accept payments in minutes, using their “copy and paste” method. The startup has recently announced scoring a $1.3 Million investment led by Chinese investment holding giant Tencent.

Keep in mind that this list is by no means exhaustive. It could have been ten, fifteen or even twenty startups in fintech. A lot more startups who did not make this list are equally innovating in the space and raising the bar day after day.

Like the rest of the world, Nigeria is rapidly evolving into a digital community and this is creating tremendous opportunities for well-positioned incumbents and digital upstarts in the fintech space. Unlike in the more developed market, startups in the Nigerian fintech space often need to first build the infrastructure that their service would ride on, as existing infrastructure built by banks can hardly deliver the level of sophistication their services require. This adds an extra burden on innovators. But as the increasing funding the fintech space is commanding demonstrates, the heavy lifting is well worth it!

If you found this article useful, bookmark 234Finance.com and kindly follow all of our social media pages for more business tips.