How to Create New Ideas for a Startup

Home - Articles - How to Create New Ideas for a Startup 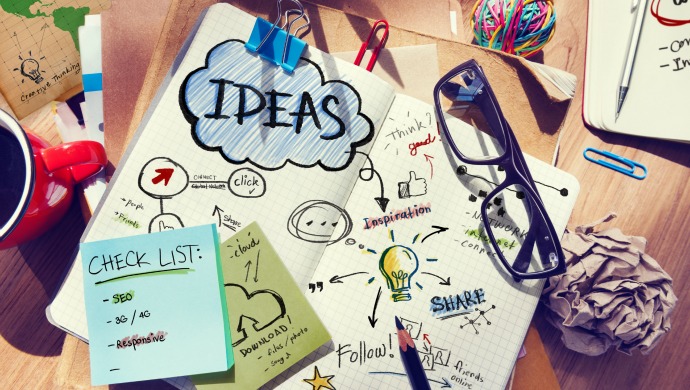 Companies are born out of ideas. From wild dreams, entrepreneurs think of epic solutions to problems. Slowly they put their ideas into perspective by documenting them.  They then mold the ideas into a product; the product is packaged, promoted, and delivered to the customer. After sometime, the entrepreneur reinvents the product again and the cycle never stops. When it does stop, Neil deGrasse says, “We’ll commit ourselves to live in the stagnant world, devoid of curiosity, empty of dreams.”  We need newer ideas for startups to make our world a better place.

Here’s how to keep generating business ideas for startups:

One of the most creative ways entrepreneurs use to birth new startup ideas is by attempting to solve problems they encounter. Drew Houston, the founder and CEO of Dropbox, came up with the Dropbox idea when he was frustrated. The coder was on a bus, heading to New York from Boston. With his laptop in his hands, Houston planned to use the four-hour ride to code but realized that he forgot his USB stick back home. Out of disappointment he started building codes that would allow him to sync files over the Internet. Thus Dropbox – now valued at $10 billion was born.

Fill in the gap

At times, entrepreneurs don’t have to create fresh ideas for business. What they would rather do is simple thinking: Look at the existing business idea, see where it’s leaking, and think of a better way to fill that gap. The Facebook idea was created to fill the gaps many social networking sites left in the early 2000s. MySpace was Mark Zuckerberg’s case study. The site had many server issues – a problem that bugged many of its users. If he could create a social networking site that won’t frequently crash like MySpace, Zuckerberg thought, then he would be in business. He did create it, and Zuckerberg’s net worth is now valued at $44.6 billion.

Another great way to come up with a new idea is by simply envisioning – ask questions about what’s next. “Think about trends and technologies on the horizon,” Sergio Monsalve, a partner at Norwest Venture Partners, said. “And see how you might move into those areas.” It’s all about seeing things and asking yourself how they can play in years to come.

Apply your craft in new fields

In creating a new idea for their startups, entrepreneurs apply their craft in new fields, totally unrelated to their industry. Genevieve Nnaji, the Nollywood actress exemplifies that. She poured her acting skills into fashion and created St. Genevieve, a clothing line she integrated with the online behemoth Jumia. You can do the same even if you’re not an actor.

Got any skill? Think of a way to use it in a completely different industry. You’ll be amazed by the awesome startup idea you’ll bring to life.

Make a simpler version of a complex product

You can come up with a new startup idea by simply looking for ways to build a simpler version of a complex product. Take a product you think is complex and analyze it, focusing on the features that are difficult to use. Next, look for ways to make these complex features work easily, and watch as a new product unravels before you. It’s that simple.

These are exactly how new startup ideas are created.