The Lonely Road to Entrepreneurship (A Case Study on Jason Njoku) 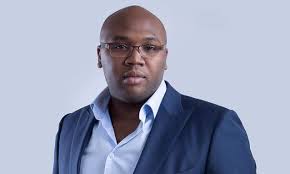 ‘It is difficult to really explain the feeling of loneliness which comes with building a start-up.’ – Jason Njoku, CEO iROKO Partners

Eric Reis, the founder of Lean Start-up movement defined entrepreneurship as ‘a human institution designed to create something new under a condition of extreme uncertainty’. When Steve Jobs was creating Apple, he had it all figured out in his head. Jim Ovia, who founded Zenith Bank Group was also on a lonely journey to success and so was Jason Njoku, the iROKO Partners’ founder.

An entrepreneur’s journey is such a remote one, but admirable when its successful. Let’s look at Jason Njoku’s journey to entrepreneurship and see how he built a multi-million dollar company from his home.

The Guy With a Vision

Growing up in South-east London, Njoku came from a ‘solidly working class family’ and was ‘the first person to go to university in his family.’ He studied Chemistry at the University of Manchester and after his graduation in 2005, launched his first start-up – a student magazine called Brash. It failed afterwards.

He then changed tactics – stepping aside from entrepreneurship and attempted conventional employment. After spending some time in the corporate world, Njoku quit his job and headed back to a world that was more familiar to him.

This time, he tried blogging. He failed woefully. Entered the T-shirt business, failed again. Tried web designing and still failed. ‘I spent three years making every mistake there was to make about how to run a business,’ Njoku said. ‘But that taught me about hard work and focusing on the right things.’ In 2008, Jason decided to come back to Nigeria and that journey sparked the vision of his company – iROKO Partners.

How iROKO was born

‘When I was building iROKO I started from my mum’s house, then moved into my younger cousin’s flat in East London,’ Njoku said in one of his blog posts. ‘I was alone’.

It started in 2005 after realizing a problem: it was difficult for his mother to watch the latest Nigerian movies. So, he reasoned that many people around the world, especially in Africa may have been experiencing a similar problem. He began to dig deep to find a feasible solution on how to make Nollywood movies easily accessible across the globe.

He had to do this completely alone. On one hand, ‘the daily grind is horrible,’ Njoku says. ‘Working too many hours for $0, 000.00 monthly is difficult.’ But on the other, ‘this is why entrepreneurs are lauded’.

Finally, in December 2010, iROKO Partners (formerly Nollywood Love) was born. The company raised $8 million from the US-based hedge fund Tiger Global, and has more than 100 employees in its Lagos, Johannesburg, London and New York offices. iROKO Partners is also one of the largest distributors of Nigerian movies and music.

The road to building something new, something that changes lives, is rough, tough and long. But if you keep patience and perseverance, you’ll get there. Don’t quit because you’re alone. ‘The loneliness is your right of passage,’ said Jason Njoku. ‘It’s the hero’s journey’.